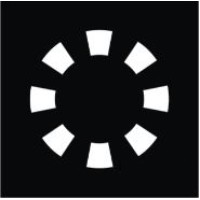 Resilient, profitable and ready for growth

Manx Financial Group (MFG) offers a combination of relatively fast growth potential and low valuation. Operating income doubled between 2016 and 2020 with only a 1% decline in the pandemic year. MFG’s key assets are Conister Bank, a specialist SME and retail lender, Edgewater Associates, the largest Manx independent financial advisory business, and Manx FX, a currency broker and provider of international payment processing facilities. The ROE ranged between 12% and 17% in FY14–19 and 9% in the challenging 2020/H121. The bank is well capitalised and funded. MFG restarted paying dividends after 16 years in 2021. The shares do not have a very demanding rating at 0.49x 2020 P/BV and 5.7x depressed 2020 earnings, presenting strong share price upside potential as earnings recover.

Conister Bank, MFG’s largest business, accounting for 78% of revenue in H121 and more than half of its earnings, has been relatively resilient and benefits from 92% of its lending being secured or government backed. Edgewater reported a FY20 pre-tax loss of £94k (FY19: £219k profit) but broke even in H121. Manx FX has remained very profitable and has benefited from a high FX trading volume due to the volatility from the COVID pandemic and Brexit. Loan impairment charges from Conister Bank were an annualised 2.1% of average net loans in the past three half-year periods, but MFG’s resilient operating margins have allowed it to report a good level of profitability: the ROE was 9% in FY20 and H121.

Management aims to grow organically as well as take advantage of value-creating acquisition opportunities. The bank’s balance sheet is well capitalised and with good liquidity. Management has been moving to more prime, recession-proof sectors since the 2016 Brexit vote to both protect and allow for future loan growth. MFG is also seeking a UK banking licence to further expand its business.

Although there are no consensus forecasts for MFG, the strong loan book growth bodes well for future revenue. MFG is trading at a P/BV of only 0.49x, which seems quite low given its track record of delivering ROE above its COE (COE; we estimate this at 10–11%). Its trailing FY20 P/E of 5.7x does not seem demanding, especially since FY20 earnings were depressed by credit conditions caused by the pandemic led recession. MFG’s trailing valuation multiples are at significant discount to peers.

MFG was founded in 1935 and listed in 2012 on the LSE’s AIM market. Its executive chairman, Jim Mellon, has a 19% stake. Gregory Bailey, a biotech entrepreneur and MFG non-executive director has 16%; the remaining 65% is free float.

Conister Bank is the largest company in MFG, accounting for 78% of its operating income in H121 and more than half of its profits. Conister has a solid capital base (total capital ratio was 17.8% in H121) and proved capable of accessing commercial liquidity rates through its Isle of Man banking licence (Class 1 deposit taking). MFG had a loan to deposit ratio of 91.5% (H121).

Conister operates in several SME and retail lending niches; Exhibit 6 shows the breakdown as of H121. Hire purchase loans (32%), wholesale funding arrangements (15%) and financial leases (14%) are the biggest segments. It has been very active in the COVID-related, government-backed loans programme and this segment has quickly grown to 19% of the loan book. Conister has been repositioning its loan book away from subprime to near prime over the last couple of years.

Conister Bank is regulated by the Isle of Man Financial Services Authority and the UK’s Financial Conduct Authority (FCA). Most of its lending is secured; it has 8% in unsecured consumer loans.

The other two relevant companies owned by MFG are Edgewater Associates (EA) and Manx FX. The former is the largest independent financial advisory business in the Isle of Man, while the latter is a currency broker and provider of international payment processing facilities. MFG’s debt collection company (Manx Collections) obtained an FCA licence in June 2021 with the aim not only of making recoveries but also of winning collection mandates from other financial services businesses during this economic downturn.

There seem little operating expenses allocated to Manx FX, which contributes to it having an outsized contribution to earnings relative to its operating income. In 2020 and 2021, it also benefited from a strong increase in FX trading due to volatility from both COVID and Brexit. Conversely, market volatility has hurt Edgewater as investors have delayed investment decisions and fewer face-to-face meetings have also hurt business. It is possible that calmer markets may adversely affect Manx FX income. We note that fee income and total operating income in H120 (when COVID started) was £875k and £872k respectively, but only £457k and £224k in the calmer H220 (usually FX markets are busier towards the end of the calendar year). 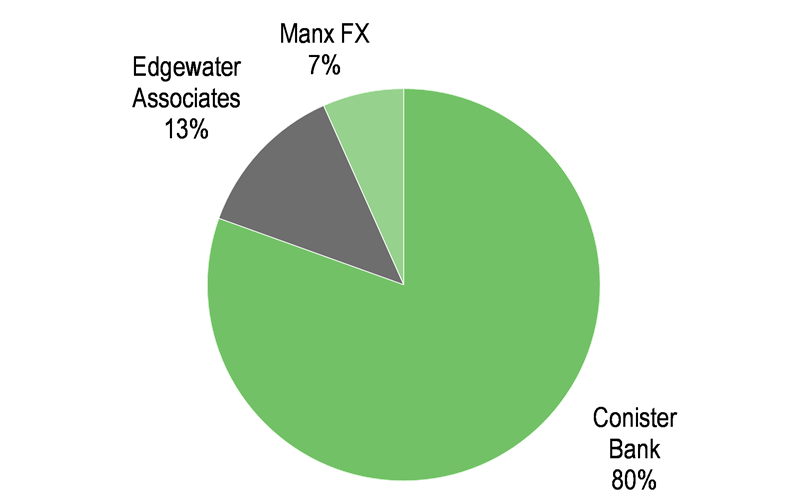 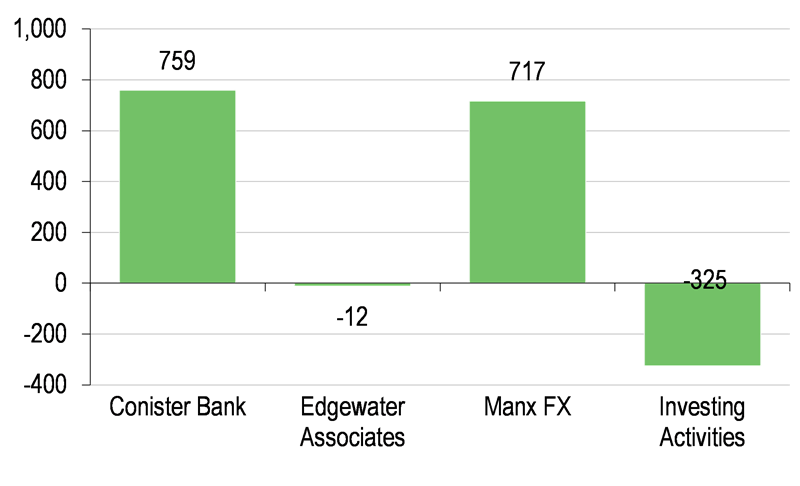 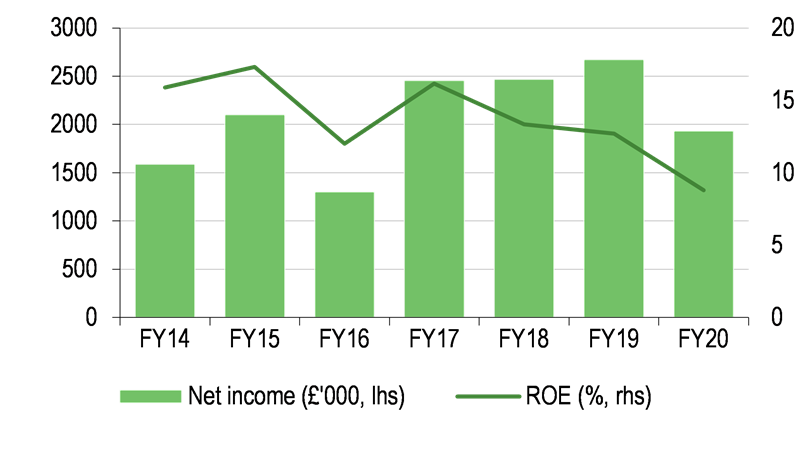 MFG has a solid record of profitability with ROE of 12–17% over the years before COVID-19. The business was relatively resilient during the COVID-19 lockdowns and posted an ROE of 9% in FY20 and in H121. Although Conister Bank’s loan impairments rose to 2.1% of loans in FY20 as a result of the crisis, MFG’s strong operating margin was able to absorb this (Exhibit 5). The amount of stage 3 loans increased from 5.9% in FY19 to 10.6% in FY20 and then declined to 8.3% during the first six months of 2021.

MFG’s strategy is to continue to grow both organically and through value-creating acquisitions. Management highlighted in its 2021 interim report that the ‘current economic conditions’ could provide some buying opportunities that it would analyse.

Exhibit 5: Profit versus impairments (as % of loans) 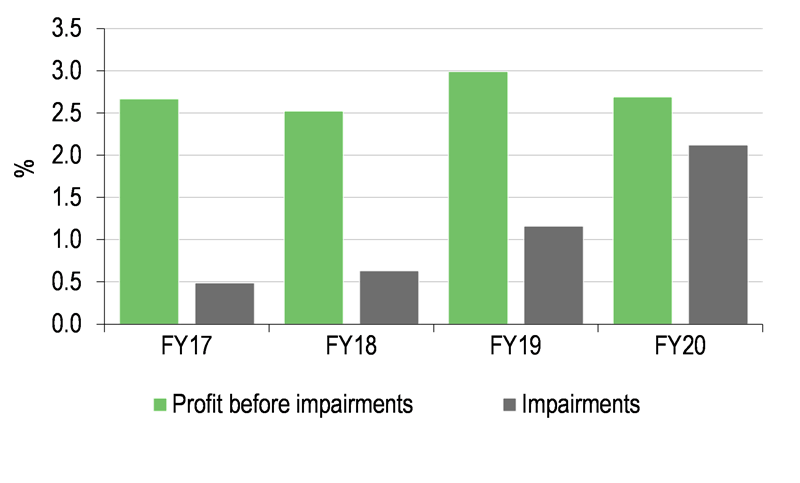 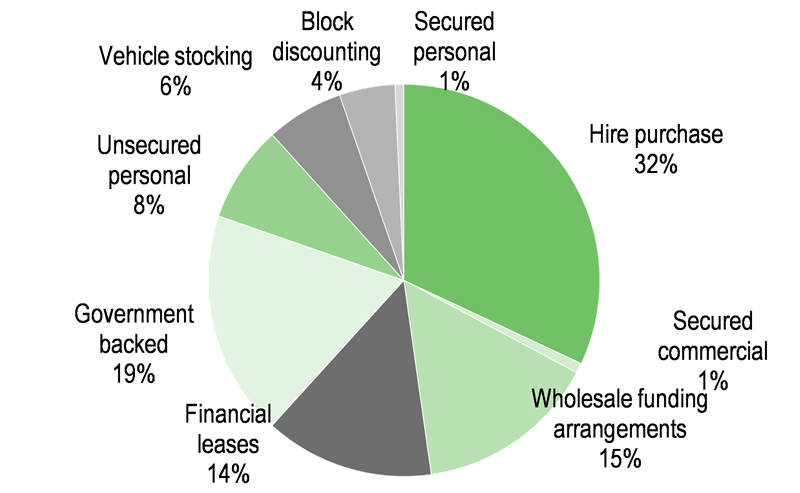 The loan book grew 16% year-on-year. The net interest margin was 8.5% of loans versus 8.7% in H120 and 11.2% in H119. The tighter margin reflects the repositioning of the loan book away from subprime, while rising interest rates will help margins going forward. Total revenue grew 6% year-on-year, but core operating revenue grew 12%. The H120 total revenue figures had been bolstered by gains on securities and asset revaluation. Operating expenses also grew 6% y-o-y and the group’s cost to income ratio remained stable at 65%. Conister’s total capital ratio fell from 19.3% in FY20 to 17.8% due to a strong increase in the loan book in H121, but its capital remains ample.

There are currently no consensus forecasts for MFG. However, MFG is currently trading at an FY20 P/BV of 0.49x, which is 32% below the selection of peers in Exhibit 8 despite MFG’s last reported full fiscal year (FY20) ROE being above their average. We note that MFG usually delivers ROEs that are above its COE (we would estimate this at 10–11%). We think that if this type of profitability continues after the end of the pandemic, the bank would likely deserve to be at a premium to its book value and not such a large discount, despite its relatively small market capitalisation.